Moral Perfectionism – One of the Biggest Roadblocks to Success 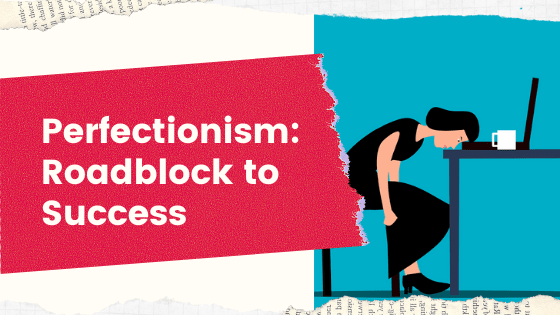 Why is (moral) perfectionism one of the biggest roadblocks to success?

And how much of a perfectionist am I?

Many of us consciously or unconsciously aim to be perfect. Perfectionism is widely associated with people who are obsessed with details and who feel stressed when things don’t work out the way they imagined to. But there are also other forms of perfectionism that work as a brake to success!

What is actually meant by Perfectionism?

Most people associate perfectionism with people who have unrelentingly high standards. These types of perfectionists are often scared to start a new project because they are afraid to mess up. They are also the kind of people who proofread their texts ten times just to make sure the grammar and spelling are spotless.

They attempt to correspond or fulfill a certain standard or a norm to 100%. And if they fail to do so, they feel bad, doubt their self-worth, and are often hesitant to try new things.

The question is now what exactly these standards and norms are and whether they are set by ourselves or from outside (often socially prescribed) and why?

An example of such standards is performing certain steps and ticking off all checkboxes when starting a new project. „Because that’s just the way it’s done“. Other approaches and ways to deal with this problem are often not even considered.

Another example is the social norms we follow. These standards of beliefs, attitude, and behavior are usually not questioned and we consciously or unconsciously try to follow them. Constant (often unconscious) comparison with others also plays a big role here.

It means that different parts of our daily life are determined by moral and socially prescribed conditions that we aim to fulfill as perfectly as possible.

Perfectionism based on fear of negative consequences

These standards and rules in groups and in society are usually unwritten and accepted by the majority. They have positively perceived patterns of behavior; actions, values, commandments, and prohibitions that are expected by the members of the group. The obedience or violation of these standards is positively or negatively sanctioned.

It’s in our human nature to try to look good in front of other people and to be as unchallengeable (i.e. perfect) as possible. This causes stress, inhibits our creativity, and is thus a real roadblock to success.

Opting out and not fulfilling all the requirements and following these standards comes with the (supposed) danger of not being accepted or even ridiculed within the group. Because of fear of these “consequences” we don’t dare to try out new things and thus blindly (i.e. without questioning) fulfill a supposed standard.

This uniformity in groups and society leads to countless standards and beliefs:

Blindly following them results in the loss of our authenticity and creativity as we no longer dare to trust and follow ourselves and our inner voice.

Moral or socially prescribed perfectionism can be seen as a way to push us in a certain direction from our childhood. We are not able to develop our full potential, individual qualities, and ideas as we are only “allowed“ to move within certain boundaries – determined by society.

In order to develop our full potential, however, it is particularly important to develop and express these things, as they are the foundation for our growth and success.

As you see perfectionism is not only about being obsessed with details and having things work out as we imagine but also rigorously following and fulfilling certain standards in society.

In what area do you tend to want to conform to certain standards, even when they don’t feel right or good for you?

Pay attention to how it feels to consciously complete a task not perfect. This often sounds easier than it actually is, especially if we tend to be a perfectionist in this area.

Become aware that it’s perfectly fine to not always strive for perfection. This new perspective is enormously liberating and will take a lot of pressure and stress off our shoulders.

Many of us don’t even realize all the areas in life in which we tend to be a perfectionist and how big of a roadblock to success it can be.

Take a look at these 13 Powerful Worksheets to Overcome Perfectionism and unleash your full potential. 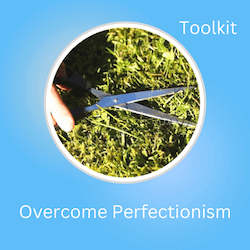 About the Author: Richard Schuy